Sandiya worshiped numerous gods and sacrificed animals and birds to the gods and goddess at their altars. Sandiya’s 12-year-old son’s eyesight was not healthy, even after getting glasses. Everything in the distance appearedblurred and blood oozed out from his eyes when he strained. The optometrist could find nothing wrong and couldn’t think of a cause for it. One day, on her way back home from the market, Sandiya fell under the influence of an evil spirit. She began to hear a voice that not only spoke to her but controlled her body. As days passed, the evil spirit made her run around the house in the middle of the night, screaming and badmouthing everyone.

The powers of witchdoctors proved ineffective in healing Sandiya, and no amount of animal sacrifices appeased the evil spirit. She finally ended up in a hospital, being diagnosed with both typhoid and jaundice.

On hearing this, Sandiya’s relative, a TTI disciple maker named Gopali Gurung, visited her and shared the Gospelwith her family. God’s love for Sandiya and her family gave her husband new hope. Gopali prayed for them and insistedthat they join the Saturday prayer fellowship. Because Sandiya behaved aggressively, her husband had to tie her handsand legs and carry her to church. Sandiya and her husband repented from their sins, and her health improved as she heard the Word of the Lord every week. In a month’s time, not only was Sandiya’s health completely restored, but her son’s vision was also healed without medical intervention. She was relieved to have stopped hearing from the evil spirit.Being unschooled, Sandiya gratefully received an audio Bible in her own language. She is growing in Jesus and helping others to grow by sharing the Gospel with them through the audio Bible.

Sandiya and her audio Bible. 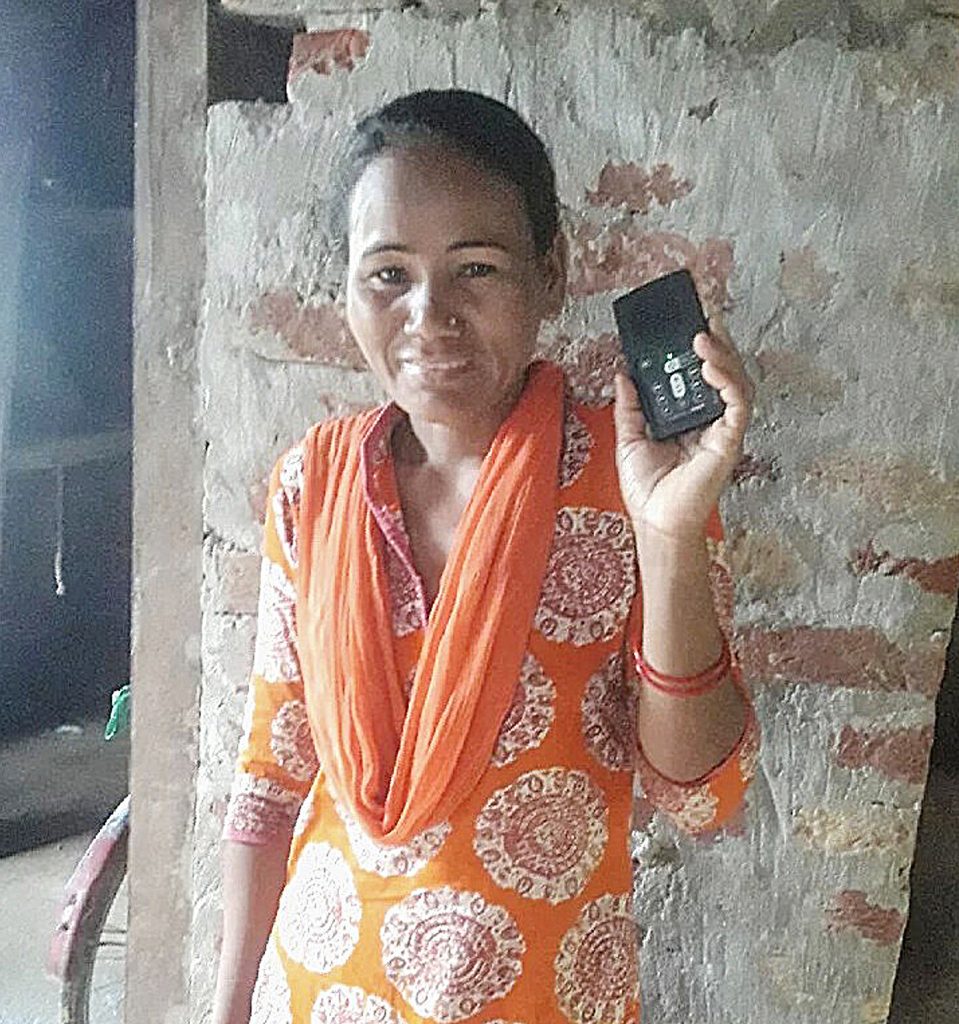