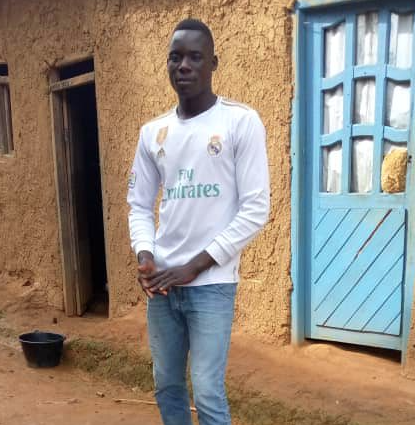 A lot of people can tell you that there’s a distinct smell in their homes; it may be the scent of freshly-baked cookies or something else that just reminds you of that place. For Samson, that smell was alcohol. He grew up with alcoholic parents who drank away every coin they possessed. The stench of their guilty pleasure lingered on their breaths. His childhood memories included watching his parents in different states of inebriation, with the reek of alcohol emanating from their bodies. This environment impacted Samson, who assumed alcoholism was the norm. He, too, started drinking when he reached the legal age. He was soon hooked just like his parents, and he squandered all that he earned to feed his addiction with no hope for the future.

A TTI disciple maker named Almasi rode his motorcycle through the village to Samson’s house on a warm sunny day. Samson was in the throes of a heavy hangover. Nonetheless, he agreed to meet with Almasi, who shared the Gospel with him using an audio Bible. As they listened together, Almasi explained the Good News of salvation. The Bible’s truths tugged at Samson’s heartstrings; he became aware of the immoral conduct he’d carelessly practiced. After they finished listening to the audio Bible, Samson shared his desire to repent, confess his sins, give his life to Jesus Christ. Almasi prayed with him, and he gave his heart to the Lord.

Samson changed his ways and quit drinking after making the bold decision to pursue Christ. As a result of his decision, he lost a lot of friends, but that did not deter him. He felt calm and at peace, and he wasn’t concerned about anything. He joined Almasi’s church, where he continues to grow spiritually through fellowship with other believers.