Being very religious, Pushpa diligently worshipped various gods and goddesses that she had at home hoping that they would deliver her father from alcoholism. Her father was a violent alcoholic, driven by his own impulses and desires. Pushpa had to endure the chaos, inconsistency, and even physical violence. She seldom heard words of affirmation but never words of tenderness or affection; it was catastrophic. The weight of the stress was so traumatic that she grew up fearful and untrusting of other adults and figures of authority.

One evening Pushpa’s father was drunk and he hit her mother in a furious rage. While escaping from her father’s beating, she heard someone say outside her home,  “if  you  want  real  and  lasting peace come to Jesus.” Following the voice, Pushpa and her elder sister immediately joined the church fellowship happening next door and listened to the Word of God shared by a Timothy  by name Prem Masih. At the meeting Prem shared about God’s grace and his unconditional love. Pushpa and her sister surrendered their lives to Jesus and received Him as their Lord. With Jesus, they immediately received love, rest and God’s overwhelming peace in their hearts. Things began to change, everyone in her family except her father has also received Jesus as their Lord and attend the church regularly. They trust in Jesus and experience the peace of God which surpasses all comprehension, in the midst of difficulties. 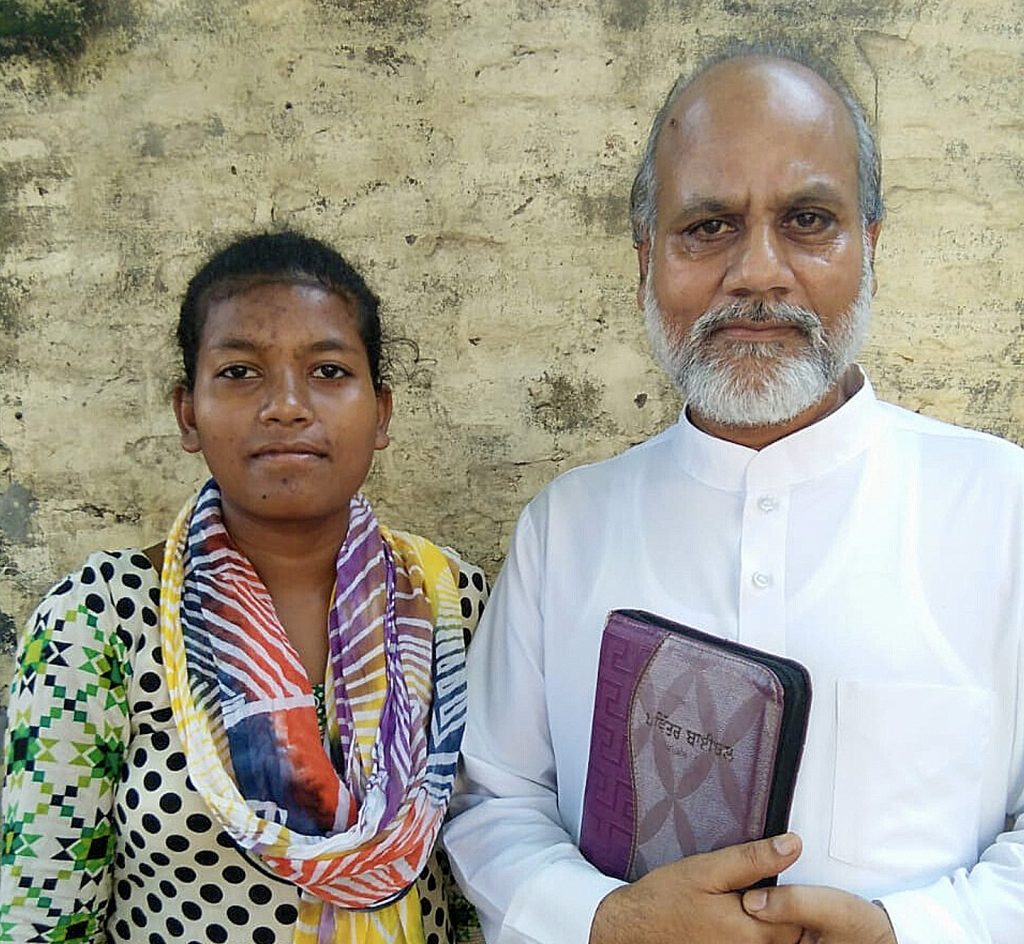 TTI Timothy Prem Masih with Pushpa and her sisters