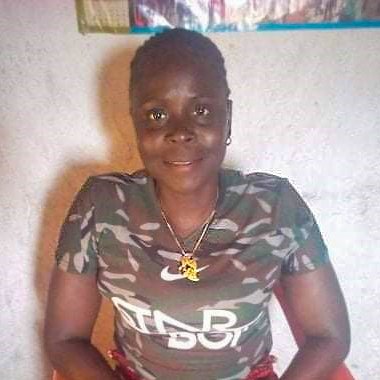 Esther could not read and write like other girls her age. While her friends and neighbors attended school, she remained at home because her parents couldn’t afford to send her. Esther filled her days cleaning the house, preparing food, and tending to her siblings. However, when she became a teenager, she was forced to help provide for the family.

Seeing how difficult it was to get a job without an education, Esther became a prostitute. At first, she felt thrilled to be needed by men, but this novelty quickly wore off. Over time, Esther felt dirty, abused, and exhausted. However, since she made good money, she did not quit. She continued trading her body for cash until she met TTI church planter named Ruth and her friends. They were sharing the Good News of Christ in her town.

Ruth introduced herself to Esther and told her about the love of Christ. As she explained to Esther how Jesus could take away her burdens and give her a more meaningful life, her fellow believers prayed in silence. Even though their words encouraged her, Esther turned down the invitation for salvation because she felt unworthy of Christ’s love. Ruth shared contact information with her, and together with her disciples, continued to pray for her.

In response to the church planter’s prayers, God convicted Esther of her sinful actions, and she contacted Ruth three days after they had met. They spoke more about Jesus, and she gave her heart to the Lord.

Through consistent discipleship, Esther has found Christ to be her source of life, peace, and joy. She is an active member at Ruth’s fellowship, where she has learned more about God’s character. Set free, Esther stopped prostituting herself and severed her ties with old friends. She looks forward to baptism and is committed to serving Christ all her life.