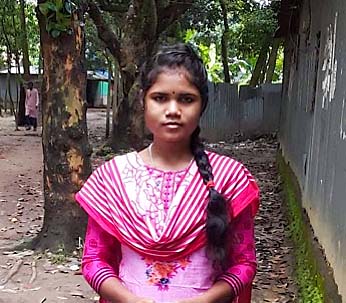 Selina belonged to a well-respected Islamic family in Bangladesh. She was talented, brilliant, and obedient to her parents, and she excelled in her studies. But once she entered college, her life fell to ruins.

A male friend began to show interest in Selina. At first, she tried to resist him, insisting she was too occupied with her studies for such a relationship—but as days went by, her resistance waned. She drowned in his enticing words without realizing his ulterior motives. He took money from her for drinking, drugs, and gambling. Very soon, Selina followed his example and became addicted to drugs too. Without any personal income, Selina had to steal money from her family to indulge in these habits. When she ran out of money, she started selling her only available resource: her body. Prostitution quickly became a regular business for her.

Selina’s life continued to go downhill without her even realizing it. It didn’t take long for her community to wear their disdain openly. They hurled insults to her face, spat on her, and humiliated her in every way possible. Society mocked her, and soon her parents disowned her. Selina began staying with whatever friend would spare some room and sometimes with her boyfriend—but when she was no longer useful to him, even he abandoned her.

One day, a TTI church planter named Somola moved into a rental house nearby. Somola was too new to that area to know Selina’s reputation. So Selina reached out for help and asked to borrow some money. Meeting young Selina for the first time, Somola wondered about her story; the darkness and desperation on Selina’s face told Somola that something was wrong in her life. And so, she listened. After hearing Selina share about her past and her desperate circumstances, Somola responded with a loving hug. Selina felt a familial kindness she’d craved for months. Her heart now open, she listened as Somola shared the Scriptures. Feeling the guilt of her brokenness, Selina wept bitterly that day.

From that day on, Somola continued sharing more stories from the Bible. She spoke of Jesus’s earthly ministry, His death, and His resurrection. She gave Selina a Bible and encouraged her to read it for herself. As Selina began reading daily, the Lord spoke to her through the Scriptures. Somola followed up with her regularly. Very soon, Selina was convicted of her sins, repented, and trusted Christ as her Savior.

After Selina surrendered her life to Christ, victory over her addictions did not come easily. Through regular support from Somola, prayers from other believers, and meditation on God’s Word, Selina overcame her temptations. By the Lord’s power, she was delivered from every addiction and set free to live for Christ and His Kingdom.

At first, this transformation in Selina’s life shocked the neighborhood; they thought it was a ruse to get back into the community and her family. But everyone who knew Selina quickly realized that the change was real, and they began to respect her again. Her parents welcomed her home, and they came to know that Christ was the reason for her transformation. Selina’s parents immediately began to inquire about Jesus. God, in His grace, used Selina’s words to lead her whole family to the truth.

Though their neighbors were happy to see the changes in Selina’s life, they grew furious that her entire family became followers of Jesus. Their local Muslim community raged over their conversions and began persecuting them in every way. Nearby shops refused to serve them. Most of their relatives and friends became enemies. They were accused of changing their religion for monetary gain. More than once, the community plotted to kill the entire family. Amid such challenges, Selina can’t help but recall God’s grace in changing her former lifestyle and using her to bring her family to the Lord—she praises God for what they are now!

Despite her education, Selina’s past has made it difficult to find steady work, so she moved to a nearby village to start a new life and reach a new village with the Gospel. She continues to be a witness among her coworkers, and she and her parents are part of a local TTI church. Through regular prayers, God is changing the hearts and minds of Selina’s neighbors. She is committed to sharing the Gospel with the entire Muslim community and praying for their salvation. 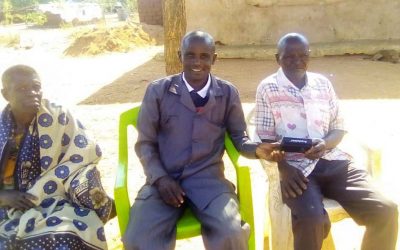 Making Disciples Who Make Disciples Wilson grew up in rural Tanzania, and he moved to the city in search of a better life. Having no formal education, he started selling shoes to make money, but Wilson eventually became a debt collector and auctioneer. He harassed... 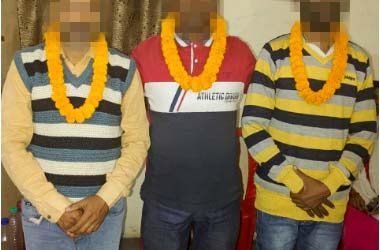 Making Disciples Who Make Disciples All personal information was removed for the safety of these new believers.  A TTI church planter and a disciple maker attended a new church where nine believers gathered to worship. As they prayed and sang to the Lord, they...