Delivered from 19 Years of Torment

Priya Devi delivered from 19 Years of Torment, whole village hears the Gospel through her testimony

As a fervent Hindu, Priya worshiped numerous gods and used up the majority of her income sacrificing animals to the gods and goddess at their altars. She and her family adhered to the meticulous Hindu traditions and followed specific worship creeds. Priya suddenly fell seriously ill, and medical treatments proved to be useless; doctors hadno clue how to treat her problem. The huge sums of money spent on black magic proved ineffective. While seeking treatment, Priya and her family were advised by witchdoctors that she was being tormented by an evil spirit. This wasdevastating news for her family. Gradually, neighbors and villagers treated Priya and her family as outcasts.

One day a TTI church planter named Manjeet visited a new village to share the gospel. While there the villagers stopped and informed him about Priya’s condition and said, “if your God could deliver her, we will believe in what you preach.” Manjeet prayed and shared the Gospel with Priya’s family. Priya and her family heard the Word of God for the first time. As Manjeet prayed for Priya, she surrendered her life to Jesus Christ. The Spirit of God healed her instantlyand she regained her senses. Feeling free after 19 years of captivity she burned and destroyed all the remnants of her past. The villagers saw this miracle and also believed in Jesus. Soon after Priya’s deliverance and healing, a public open-air meeting was organized where Priya shared her powerful testimony. More than 350 villagers attended the meeting, and many surrendered their lives to Jesus on hearing the Word of God shared by Manjeet. Priya is an ardent defender of her newfound faith has now started a fellowship at her place. 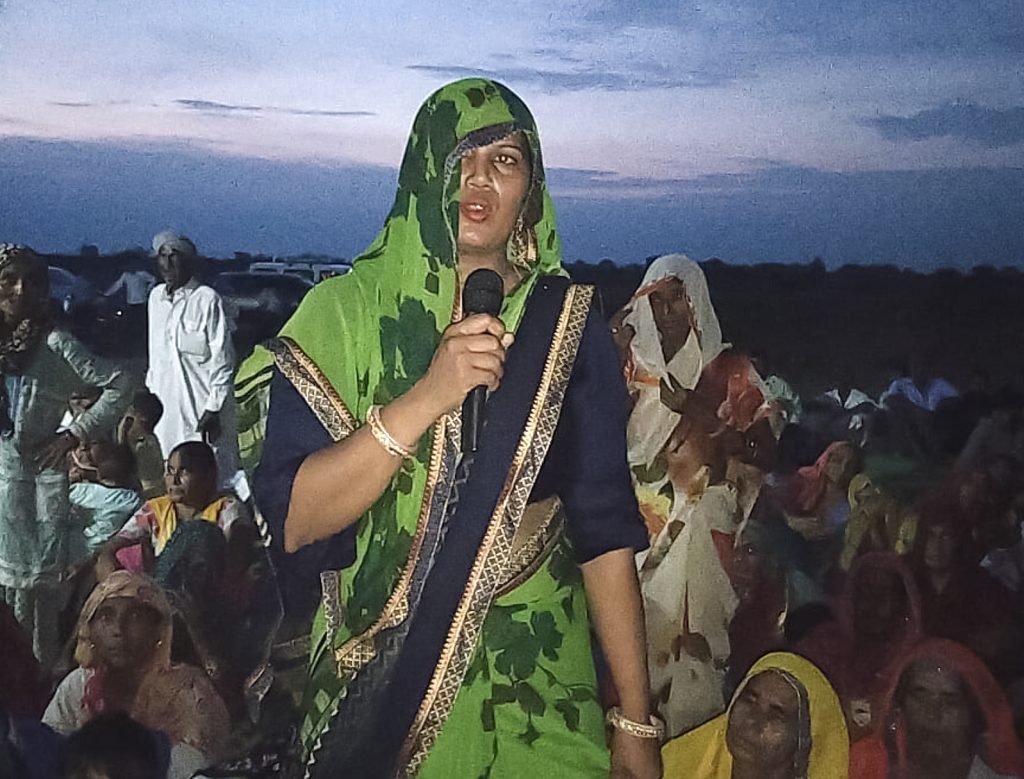 TTI Timothy Manjeet sharing the Gospel to the crowd that came to hear Priya’s testimony. 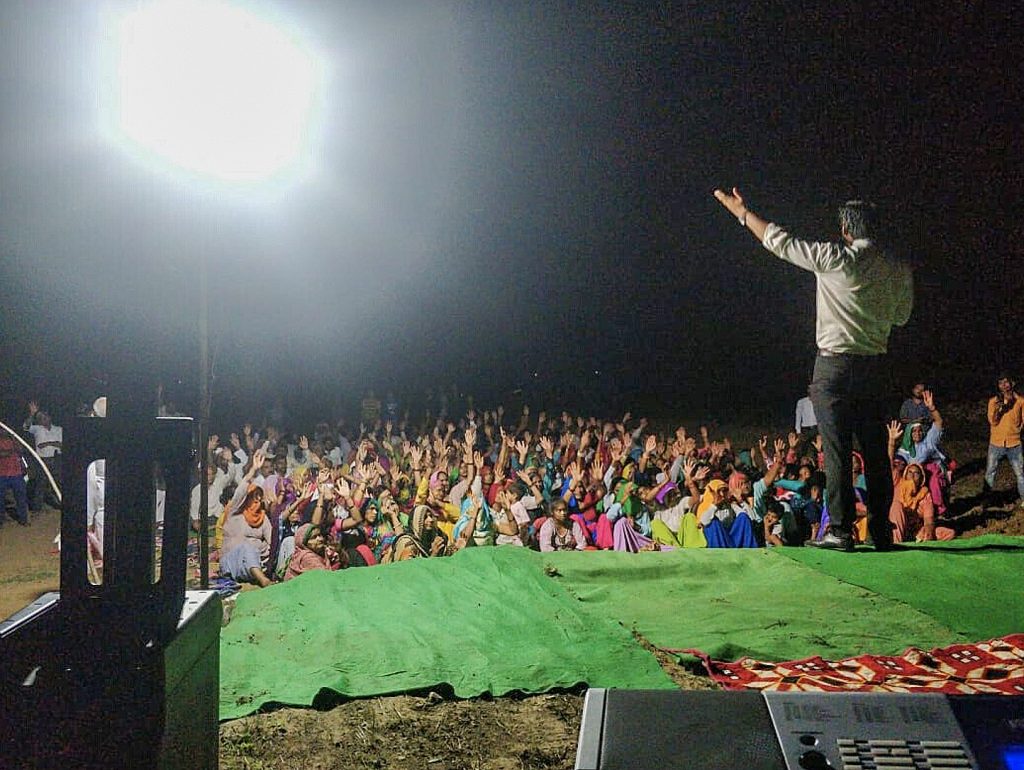 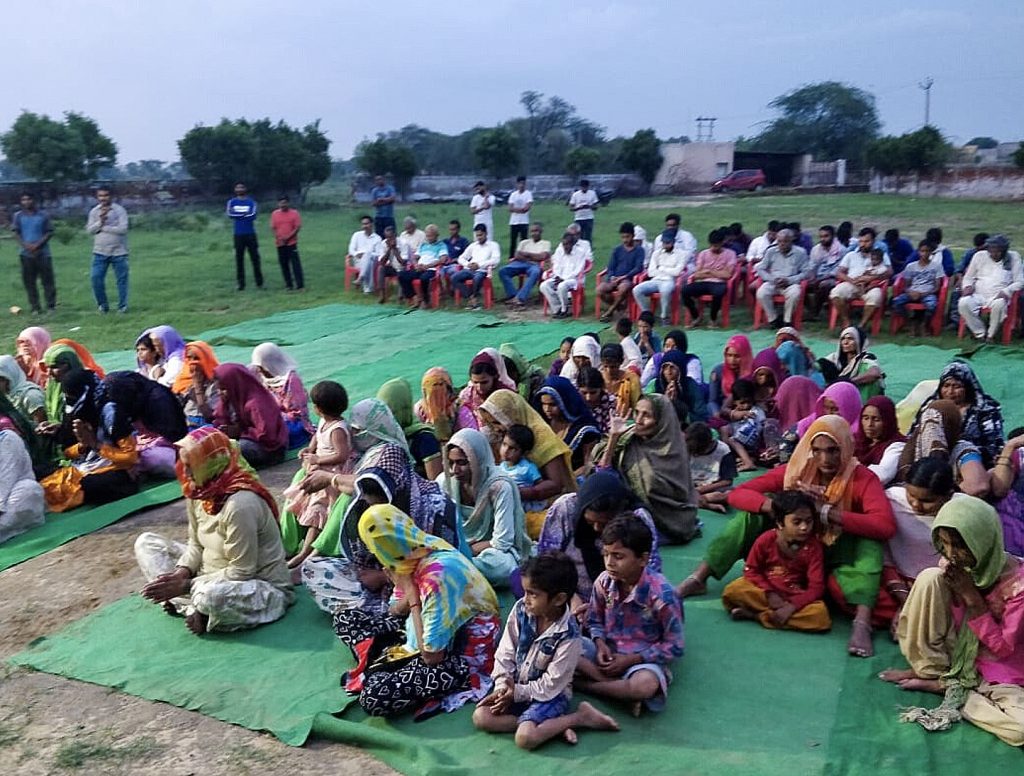